FAE Vagar Airport image film 2016 has been updated with some new footage and new figures.
Vagar Airport is the only airport on the Faroe Islands. The runway was extended in 2011 and new navigational instruments fitted. The new terminal was inaugurated in 2014. Other improvements and investments have been made in 2015 and more are to come. In 2015 more than 276.000 people used Vagar Airport as their gateway to and from the Faroe Islands. 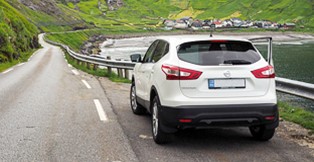