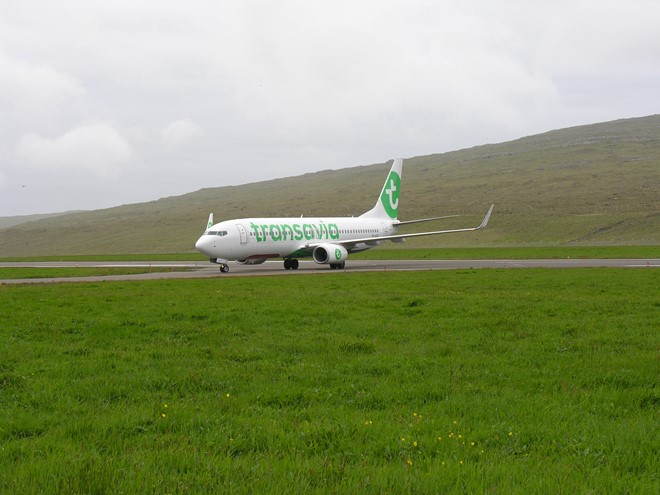 ODAY, Transavia had their first charter-flight to the Faroe Islands. They arrived with a Boeing 737-800.

This is the first time that a Boeing 737-800 has ever landed on the Faroe Islands. The Transavia-flight came in from Cologne, Germany carrying German tourists on a trip to the Faroe Islands. Vagar Airport hopes to welcome more charter-flights in the future.